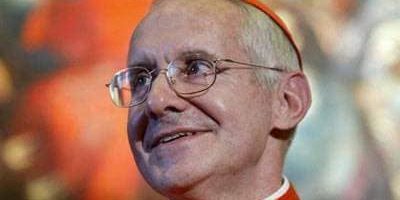 Cardinal Jean-Louis Tauran, President of the Pontifical Council for Interreligious Dialogue (PCID), the frontman and face of Catholic dialogue with non-Christian religions, an experienced interlocutor between Catholicism and Islam has died aged 75.

Cardinal Tauran had for years been suffering from Parkinson’s disease and died while receiving treatment in the United States. At the time of his death he was staying with Franciscan religious sisters in the Archdiocese of Hartford, Connecticut.

As the “protodeacon” of the College of Cardinals – the most senior cardinal deacon – it was Tauran who stepped out onto the balcony of St Peter’s on the evening of 13 March 2013 to announce the election of Cardinal Bergoglio, the first Latin American Pontiff to become Pope.

Later, in December 2014, Pope Francis named him the Camerlengo of the Holy Roman Church, a role that requires its holder to govern the church during the interregnum period between papacies.

Despite his declining physical strength, the French prelate persevered with his work in building bridges with the Muslim world and in April undertook a visit to Saudi Arabia where he met with King Salman.

An experienced papal diplomat, the cardinal was Pope John Paul II’s foreign minister for 13 years before being put in charge of the Vatican’s library and secret archives and being given a red hat.

But his diplomatic skills that were put to the test when, in 2007, Pope Benedict XVI put him in charge of the interreligious dialogue role, a job that requires both solid grasp of understanding of international politics and a deep knowledge of a vast array of religions and cultures.

It was a mark of Cardinal Tauran’s skills that he was able to both open up new channels of dialogue with Islamic and Buddhist leaders while at the same time refuse to shy away from areas of tension and difficulty. He combined a deep respect and knowledge of Islam along with behind the scenes encouragement of reform-minded Muslim scholars and leaders.

May the Lord grant him the reward of eternal life for all his labours. Amen.

LETTER TO THE TROUBLED CHRISTIAN: COVID-19 AND THE THREAT TO FAITH
April 6, 2020
Search
Recent Posts
FROM OUR GALLERY