THE DIOCESE OF ISSELE-UKU HONOURS MSGR. MICHAEL MOZIA AND FOUR OTHERS 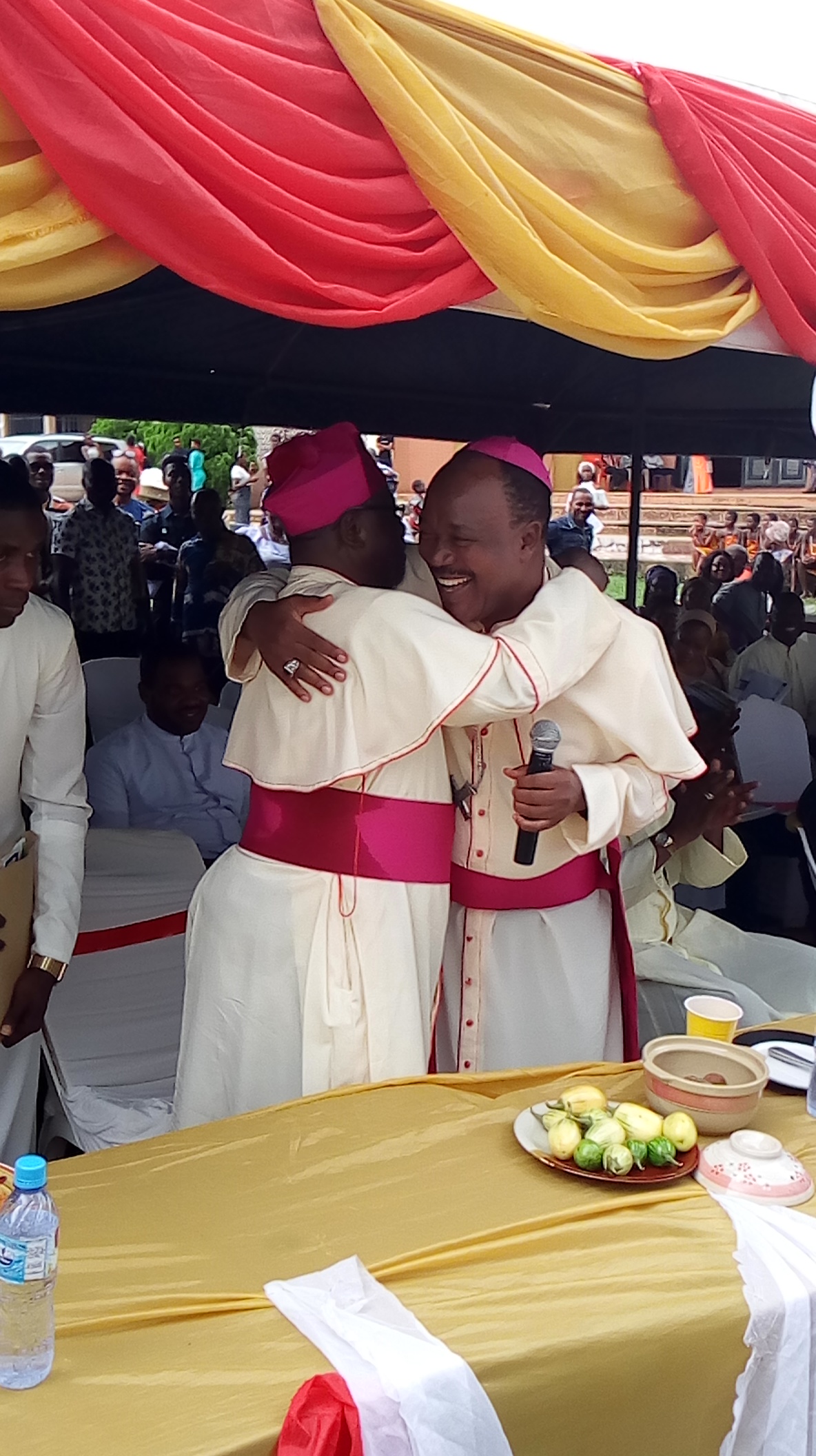 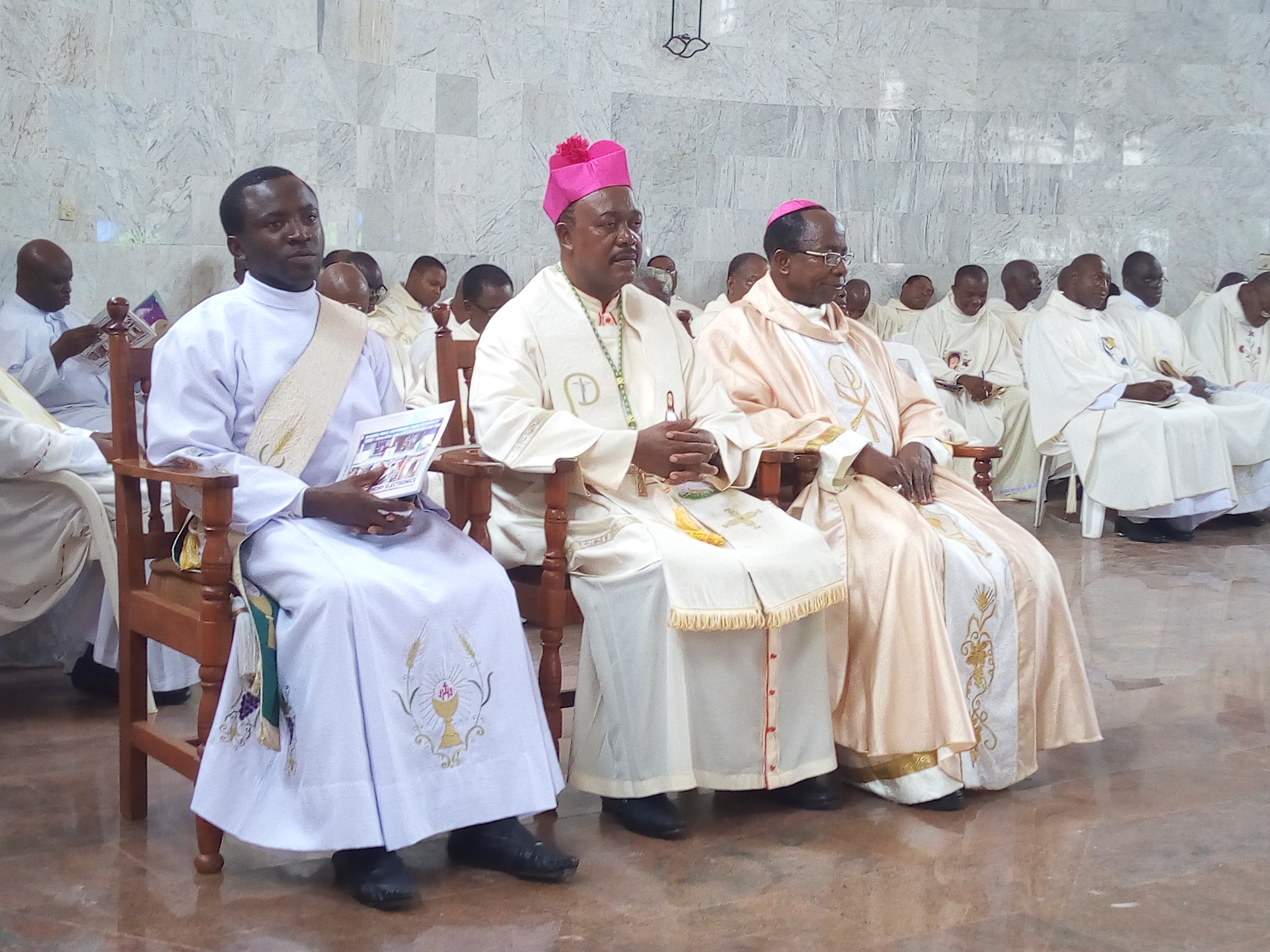 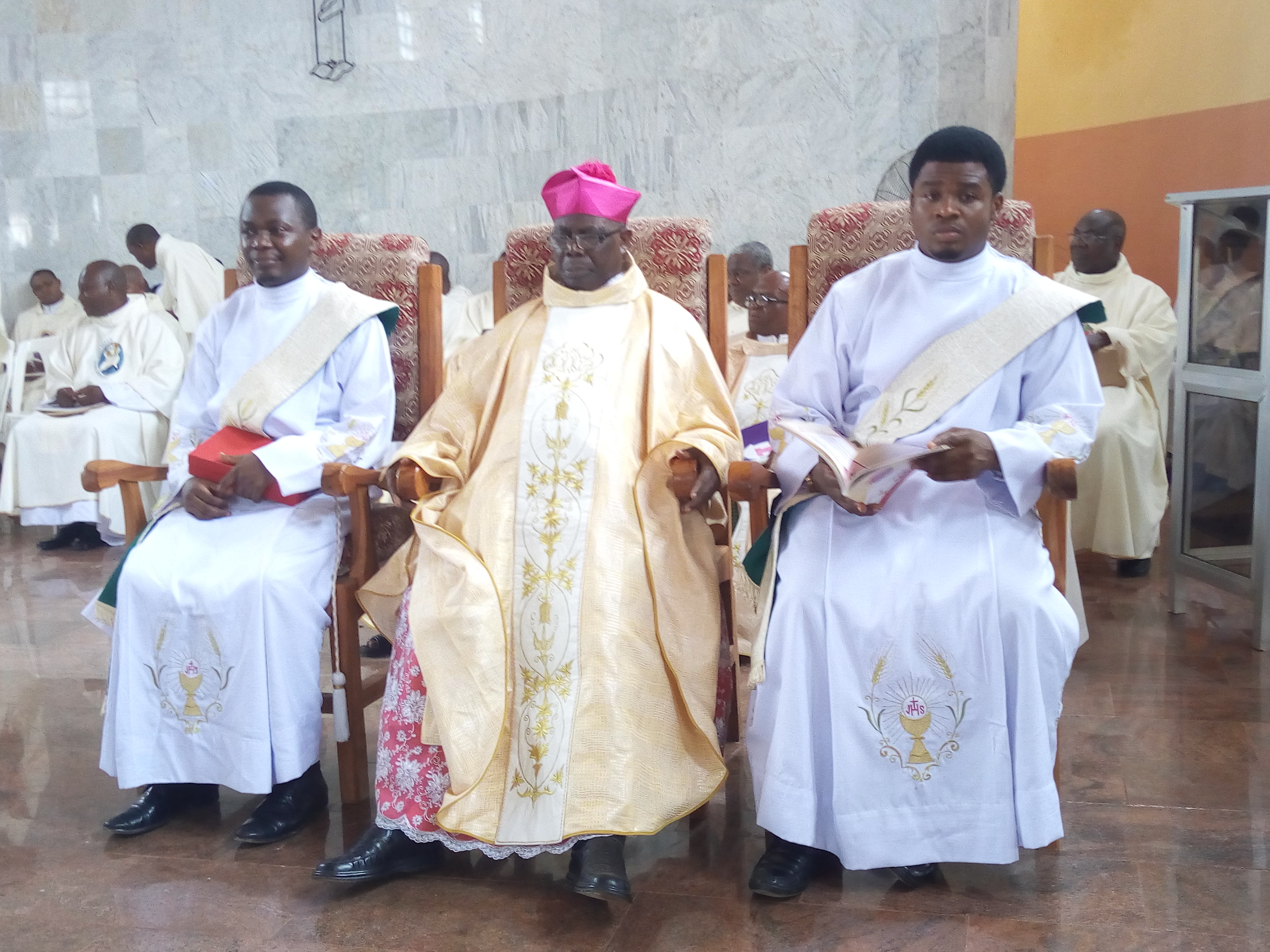 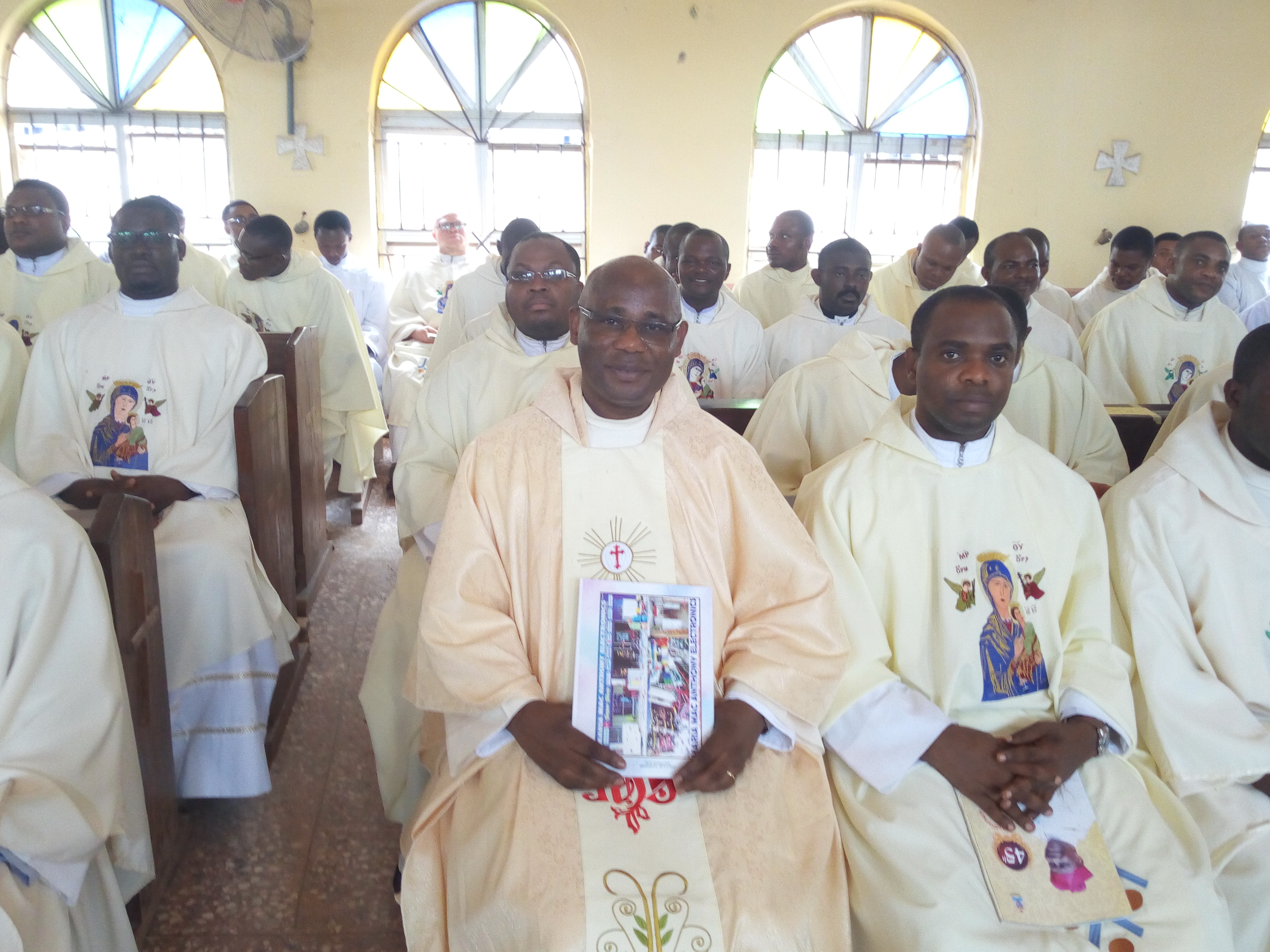 The Rector of Ss. Peter and Paul Major Seminary, Bodija, Ibadan, Very Rev. Fr. Francis Adesina and a number of other priests 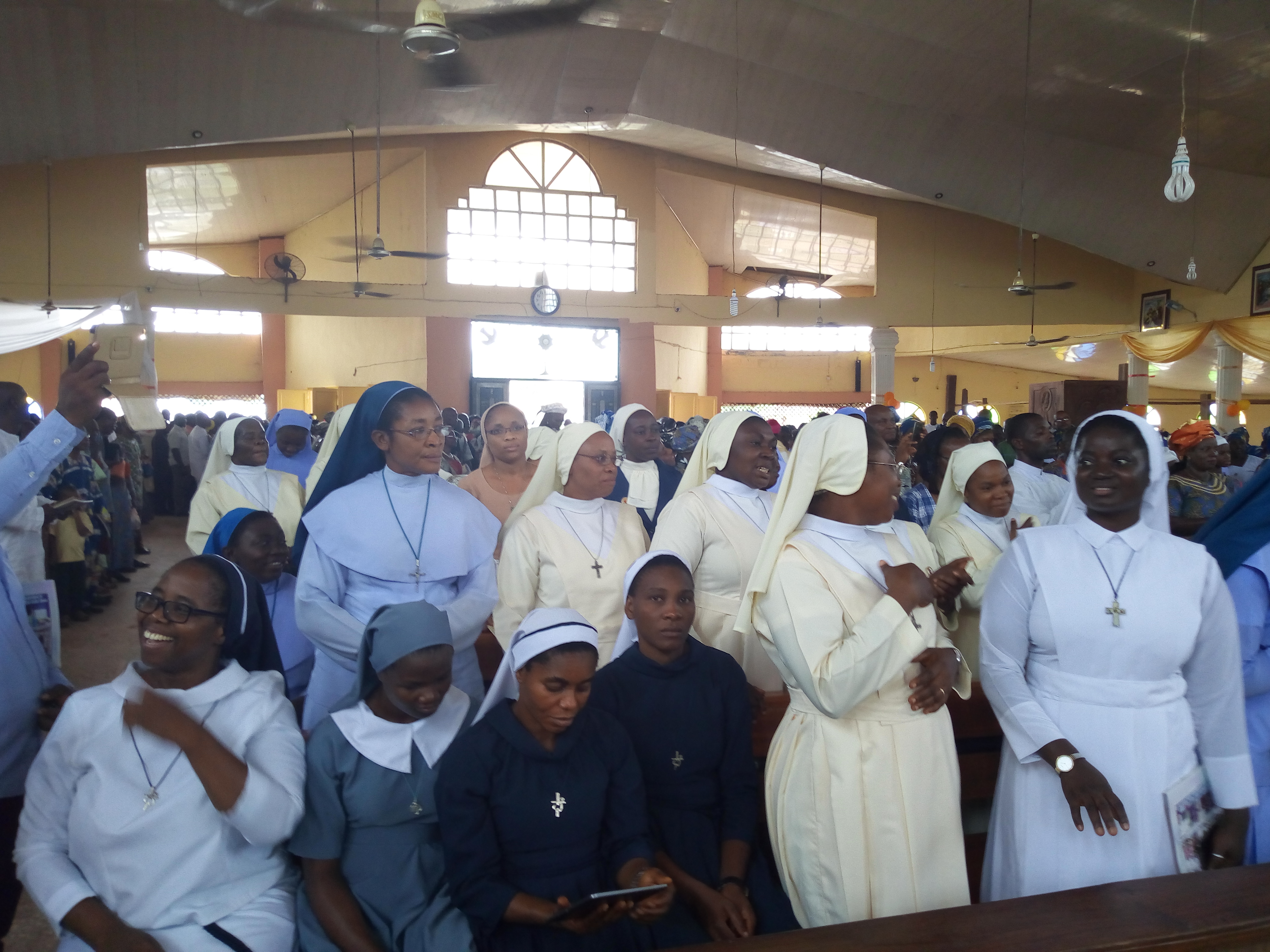 The Female Religious at the Mass 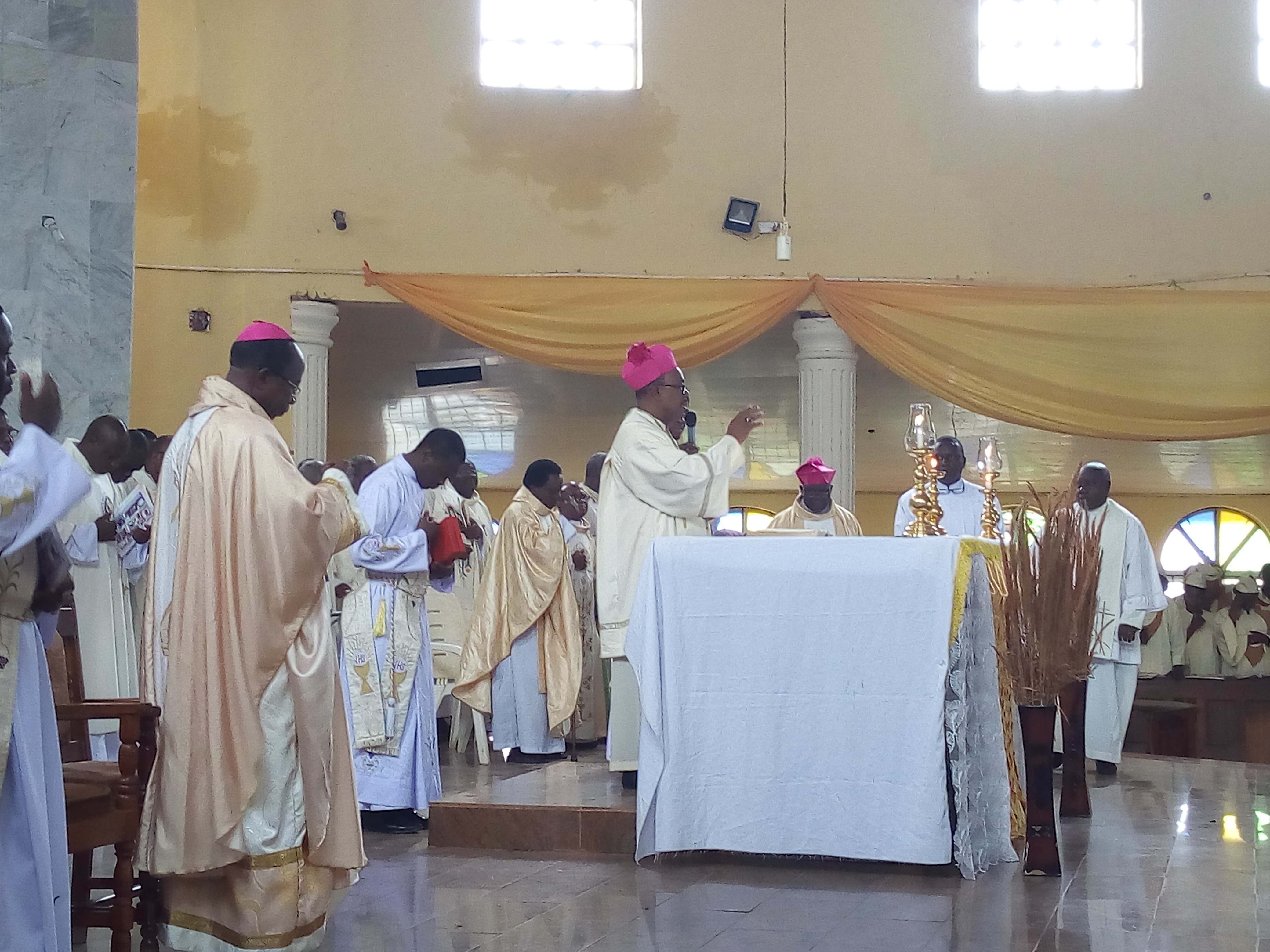 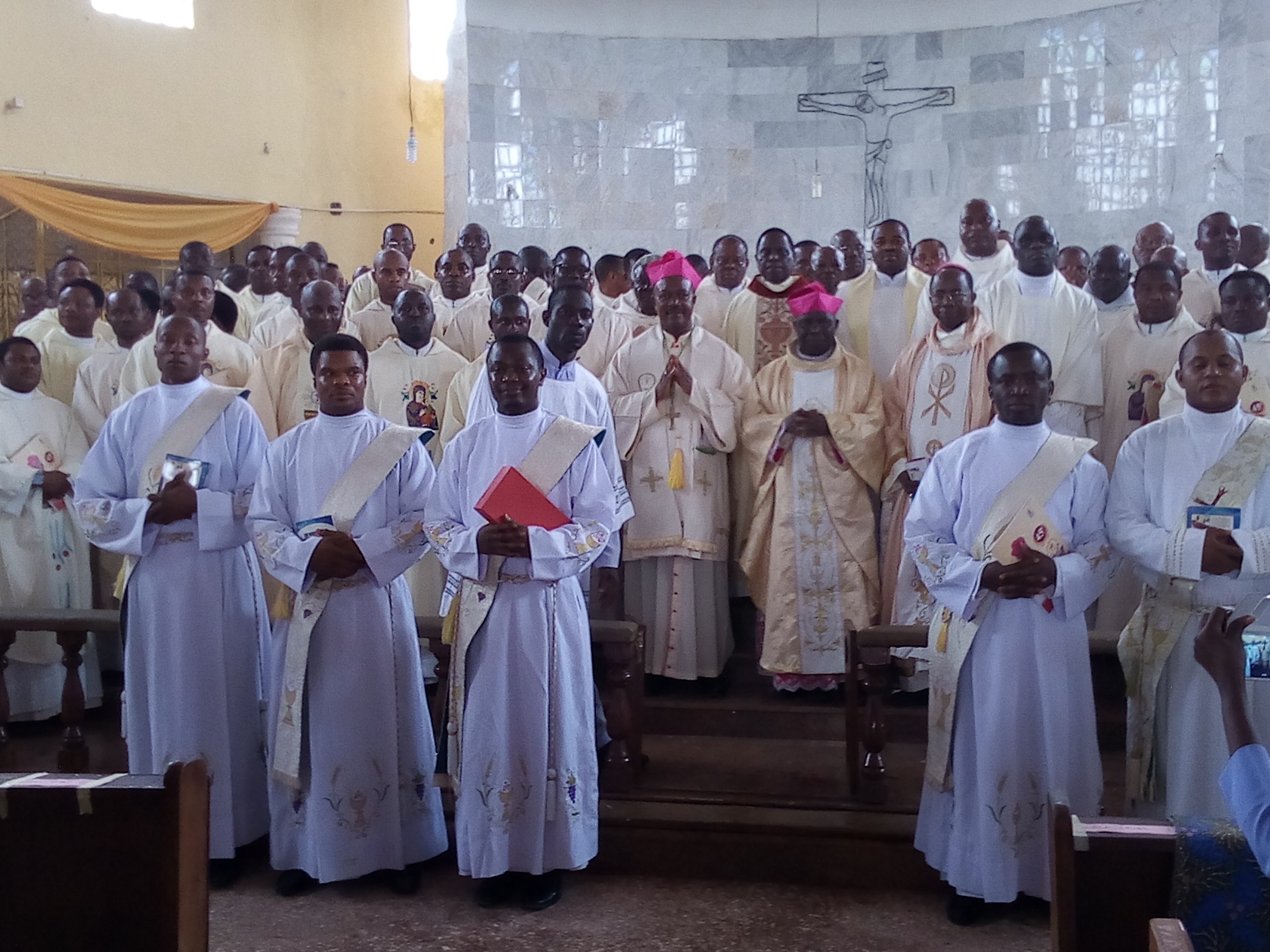 Group photograph with the Priests and Deacons 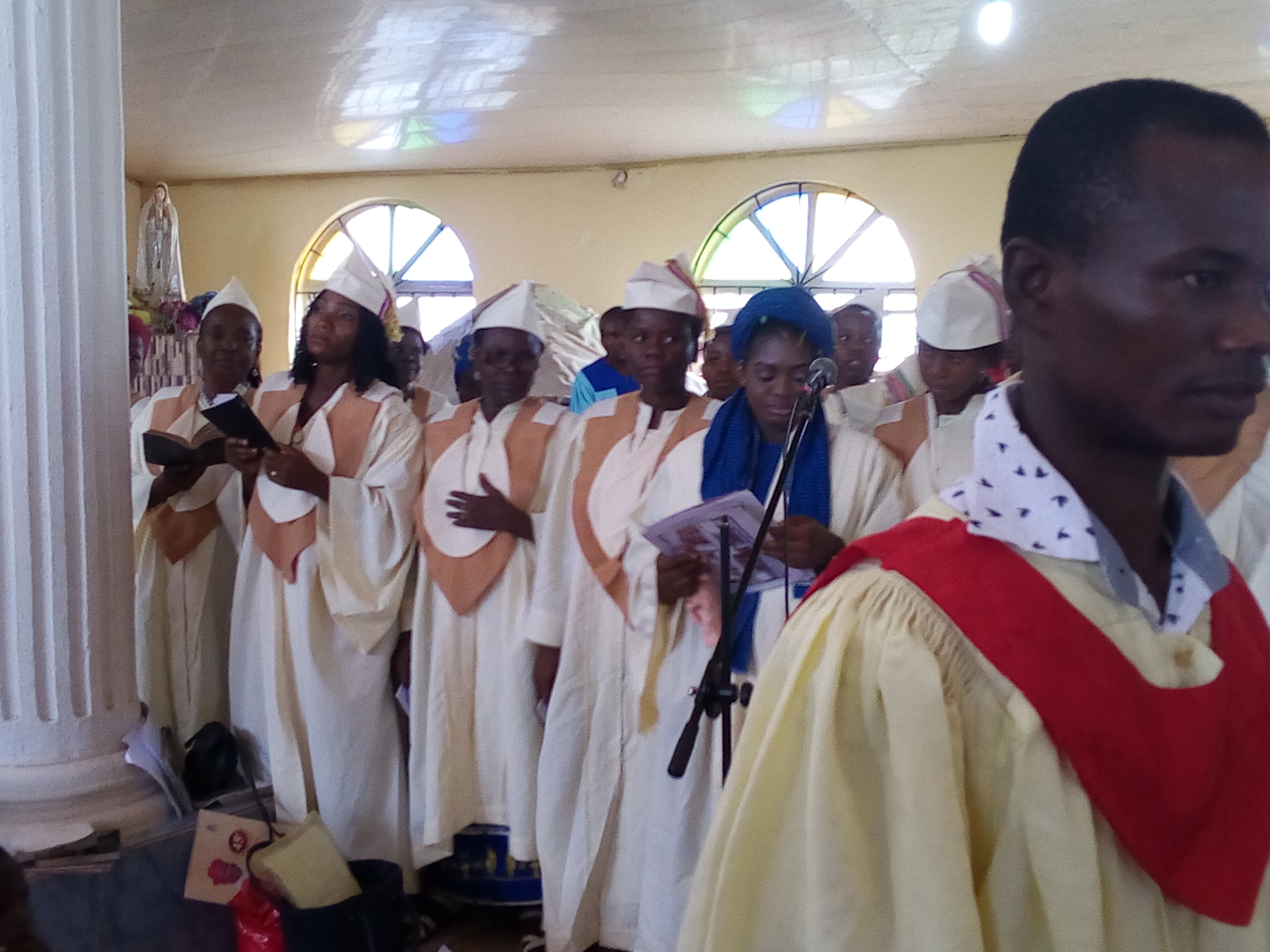 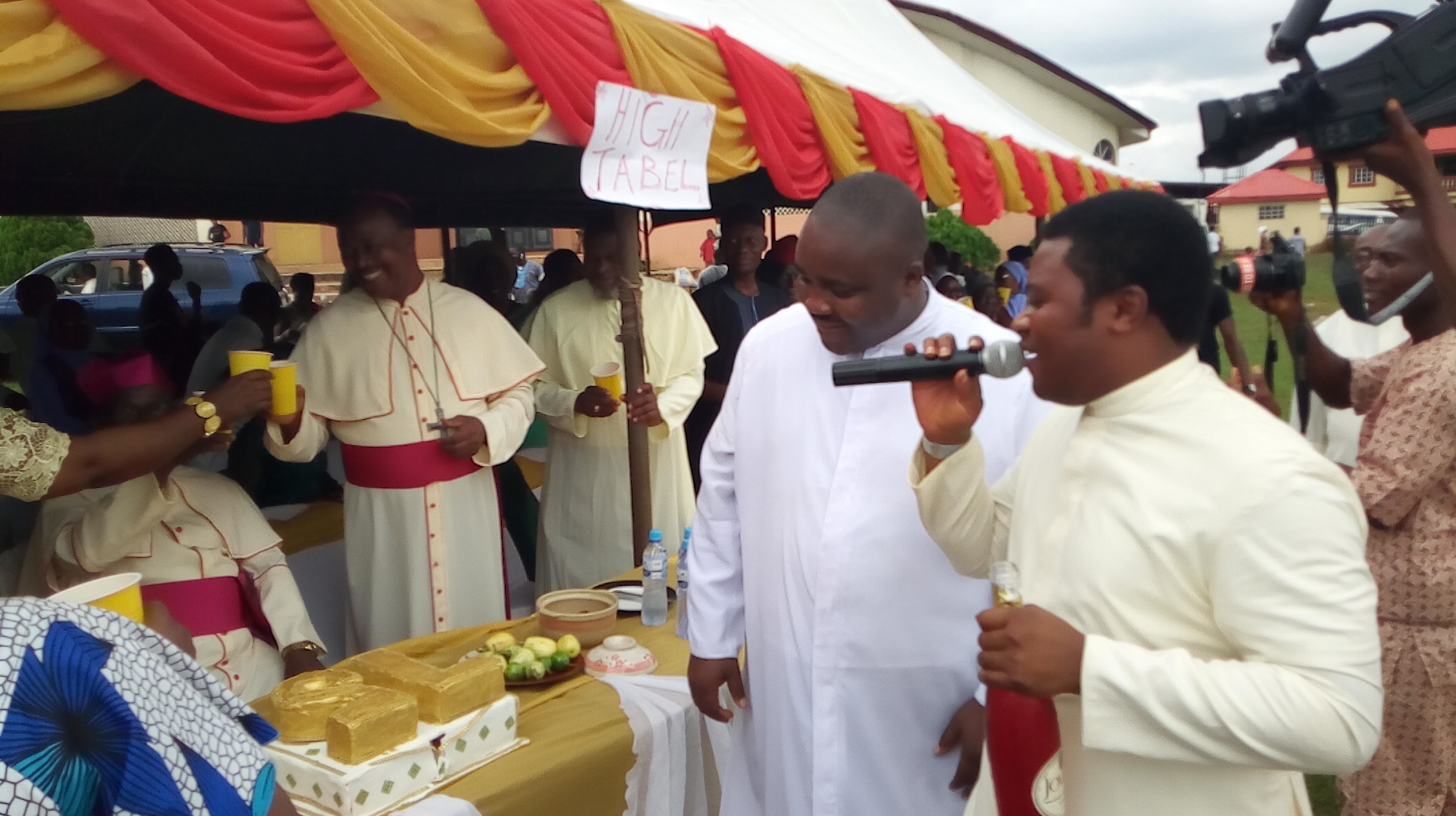 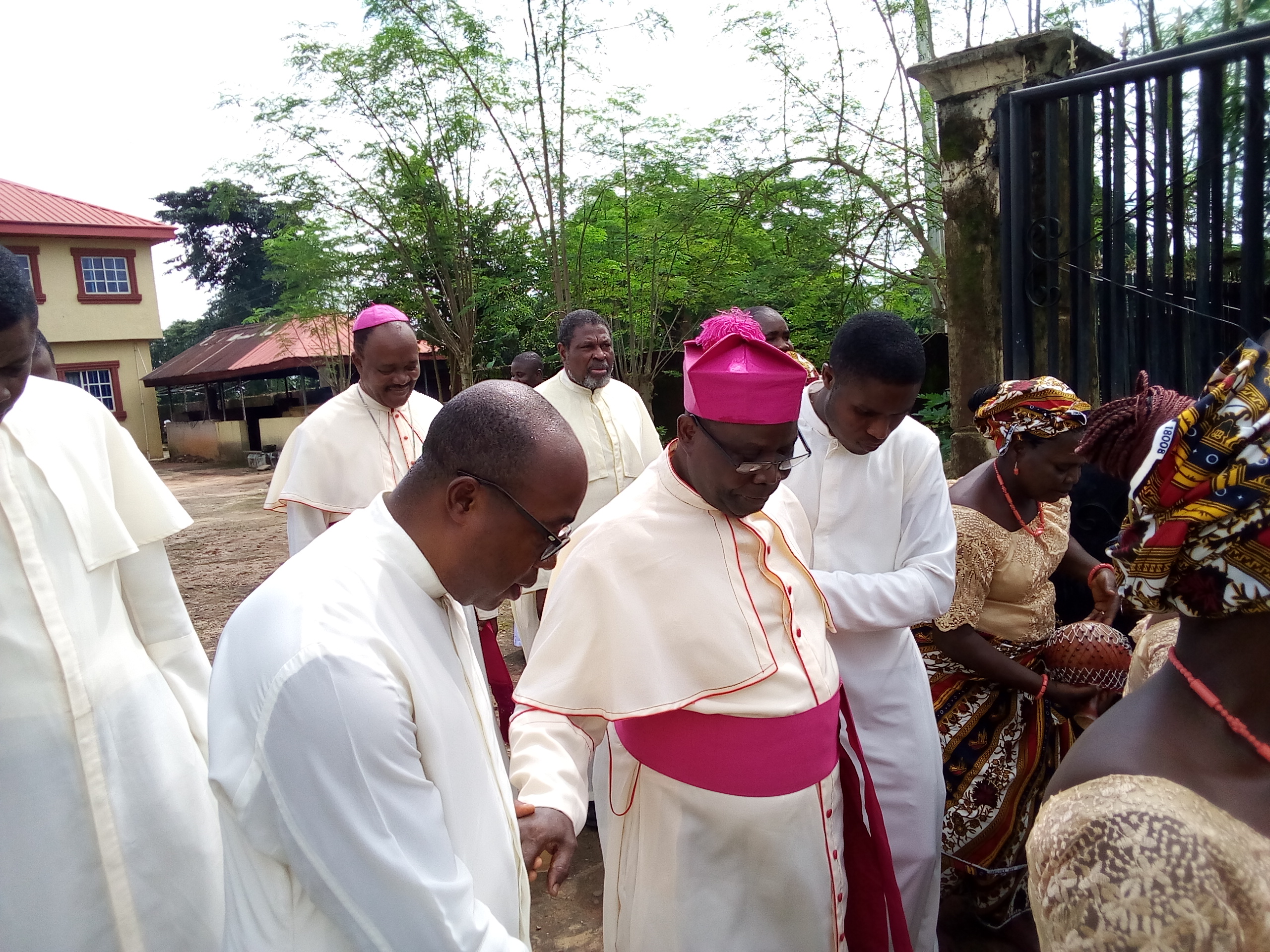 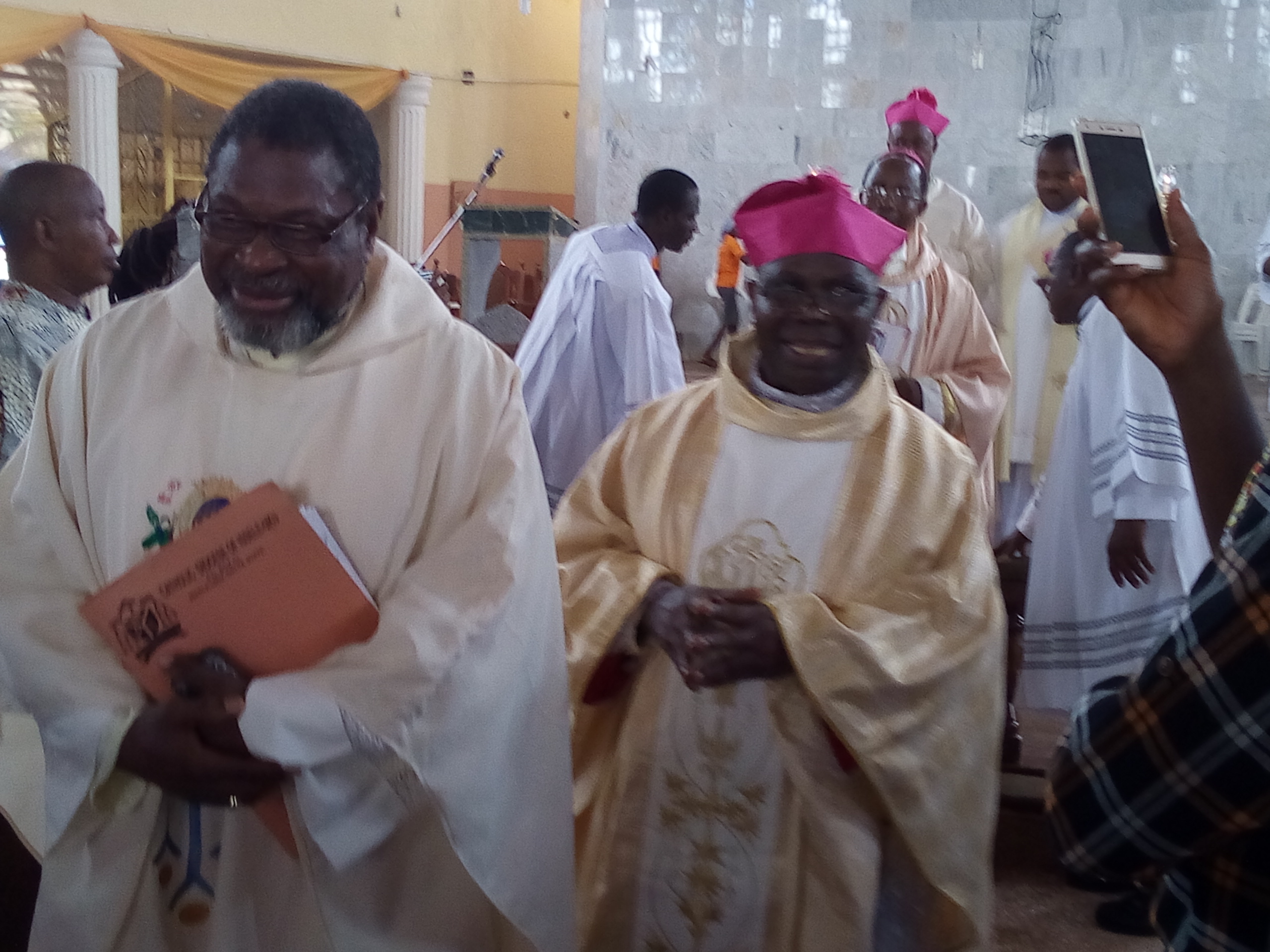 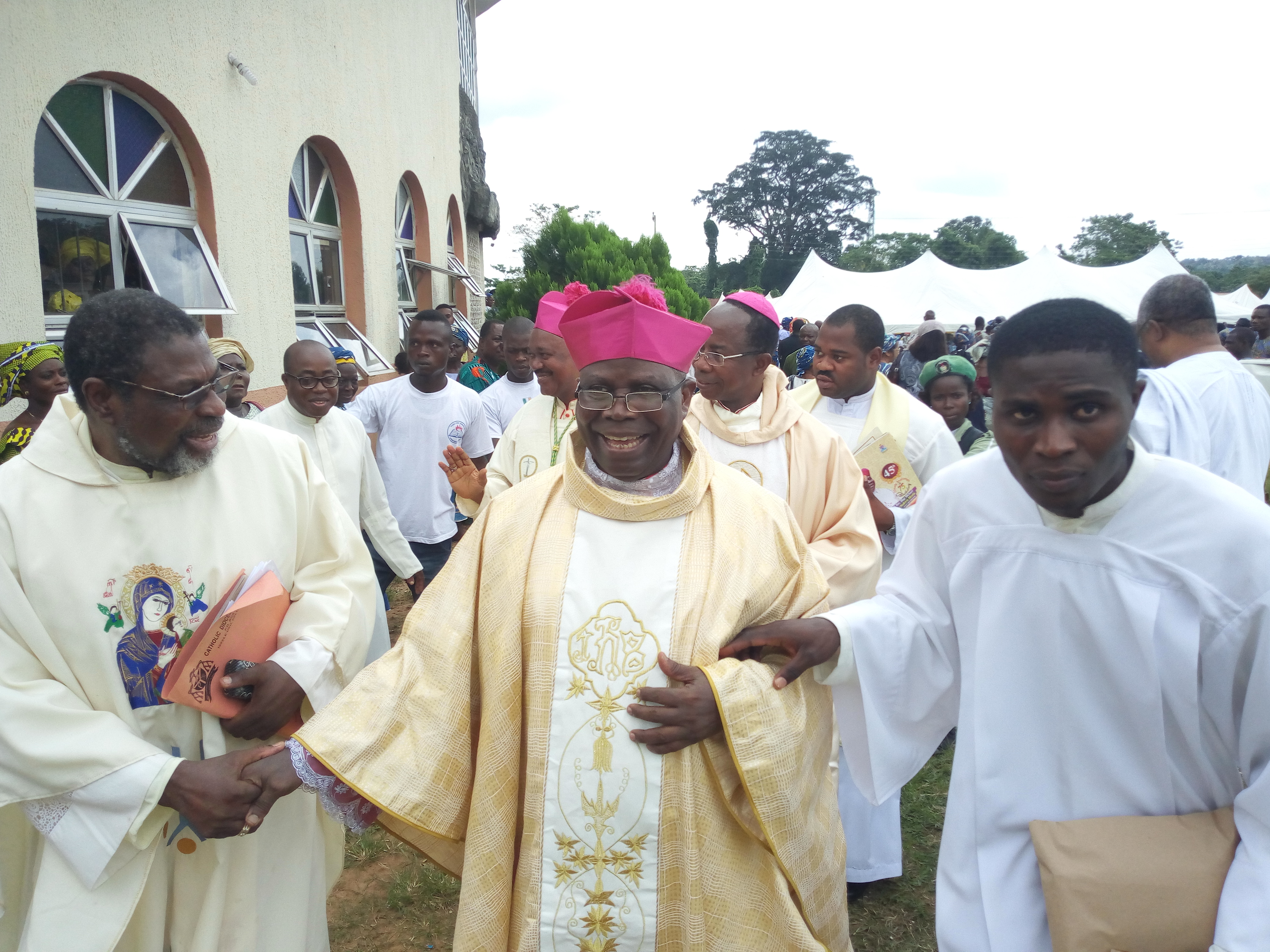 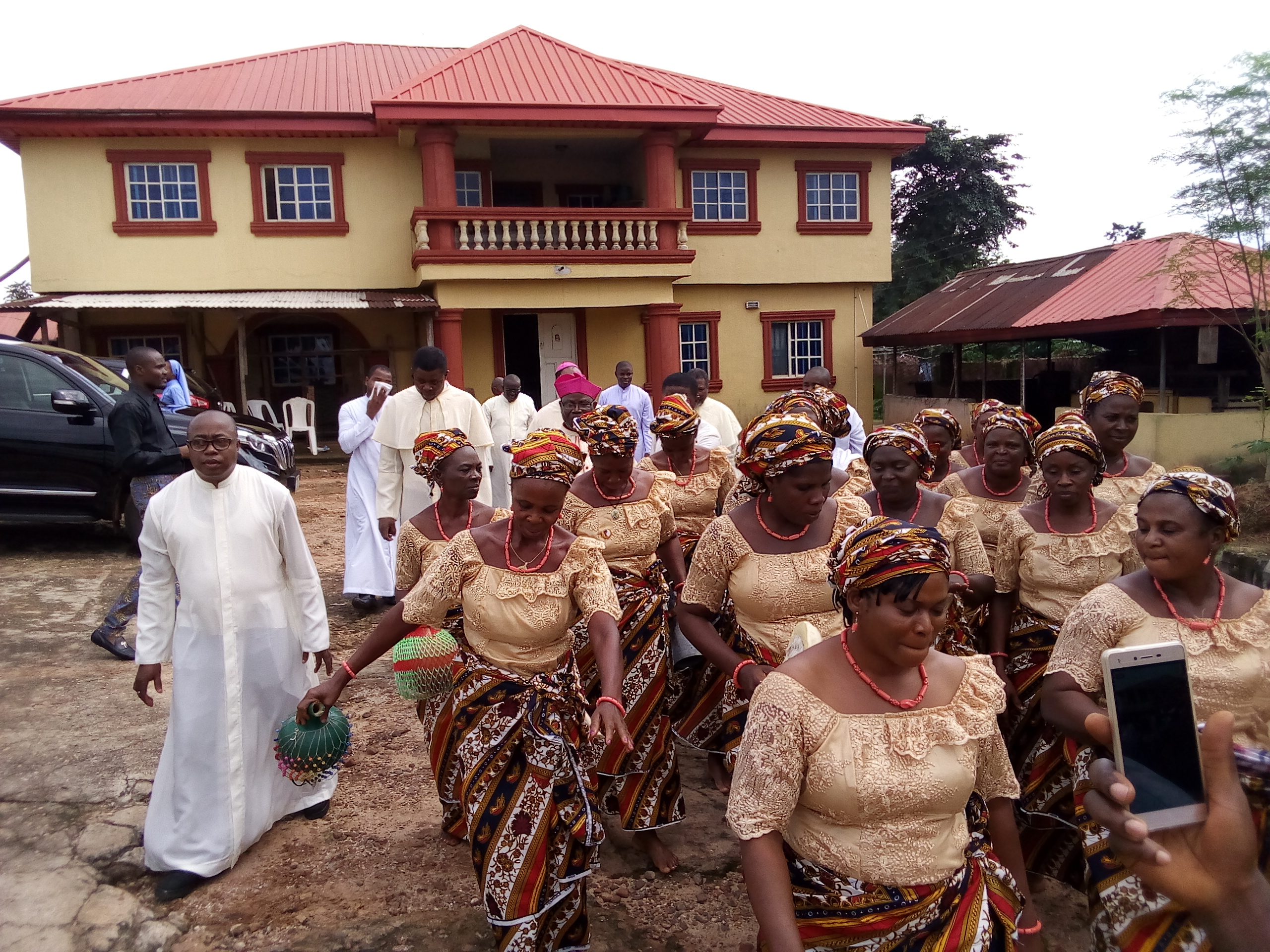 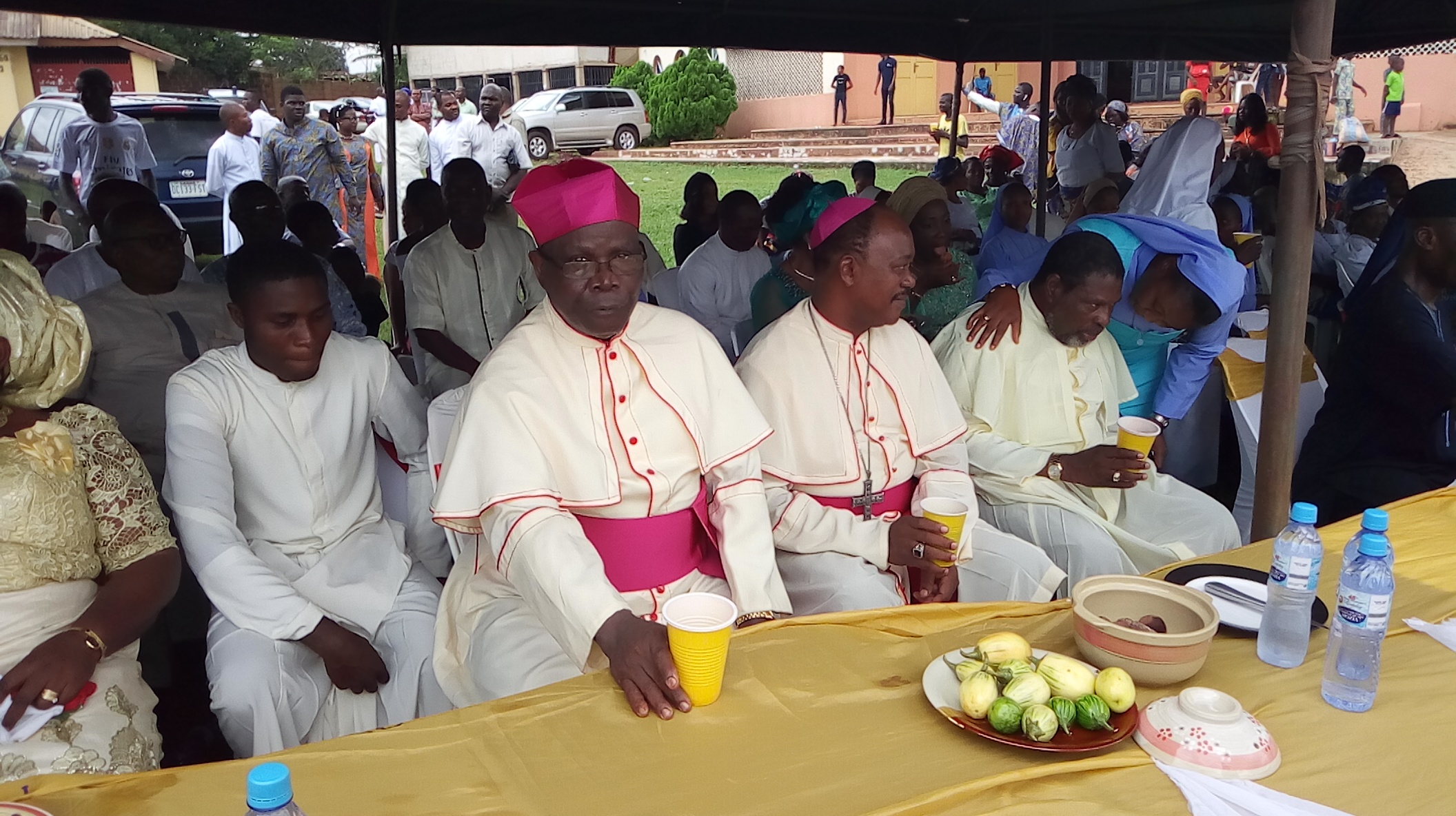 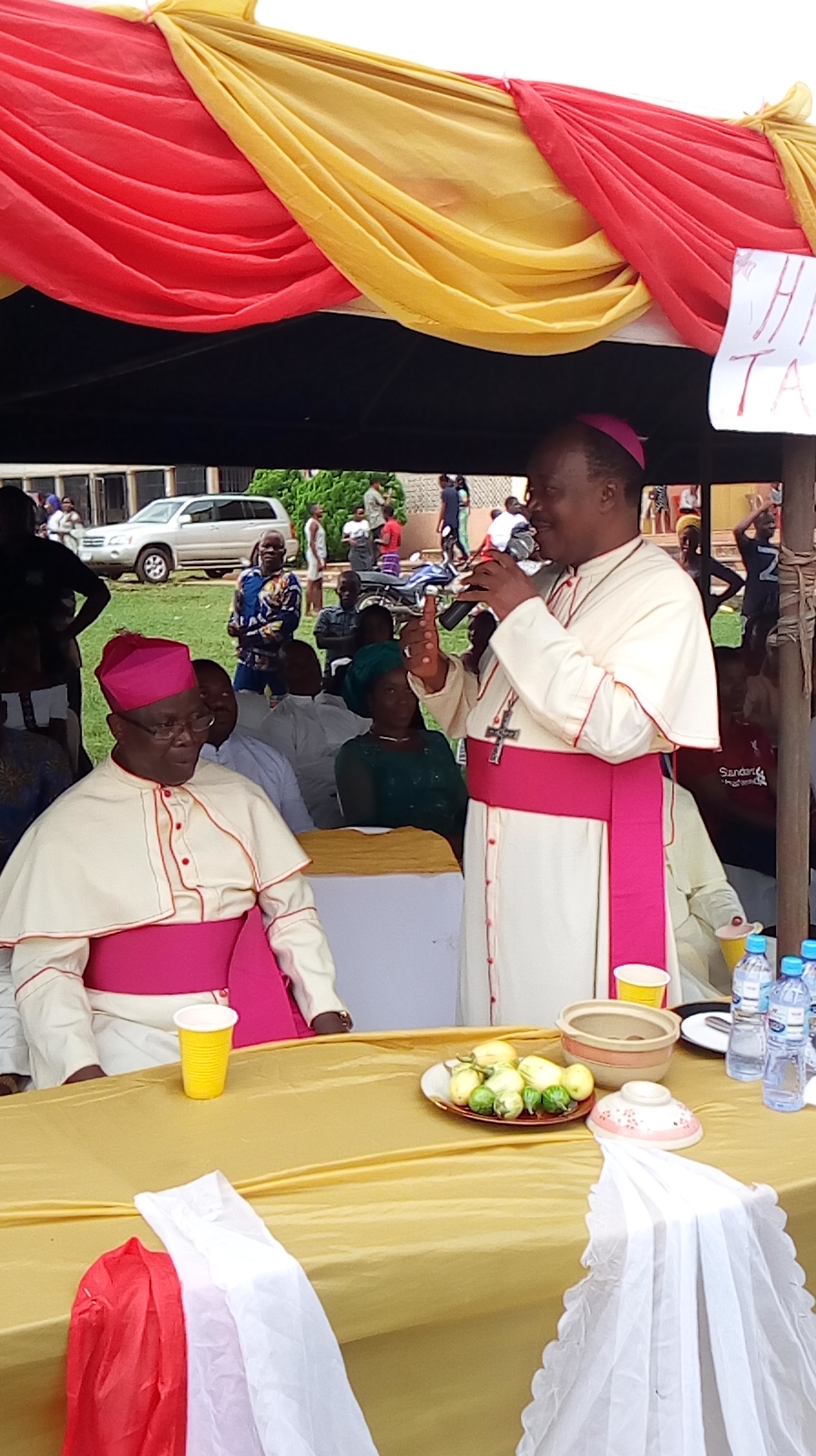 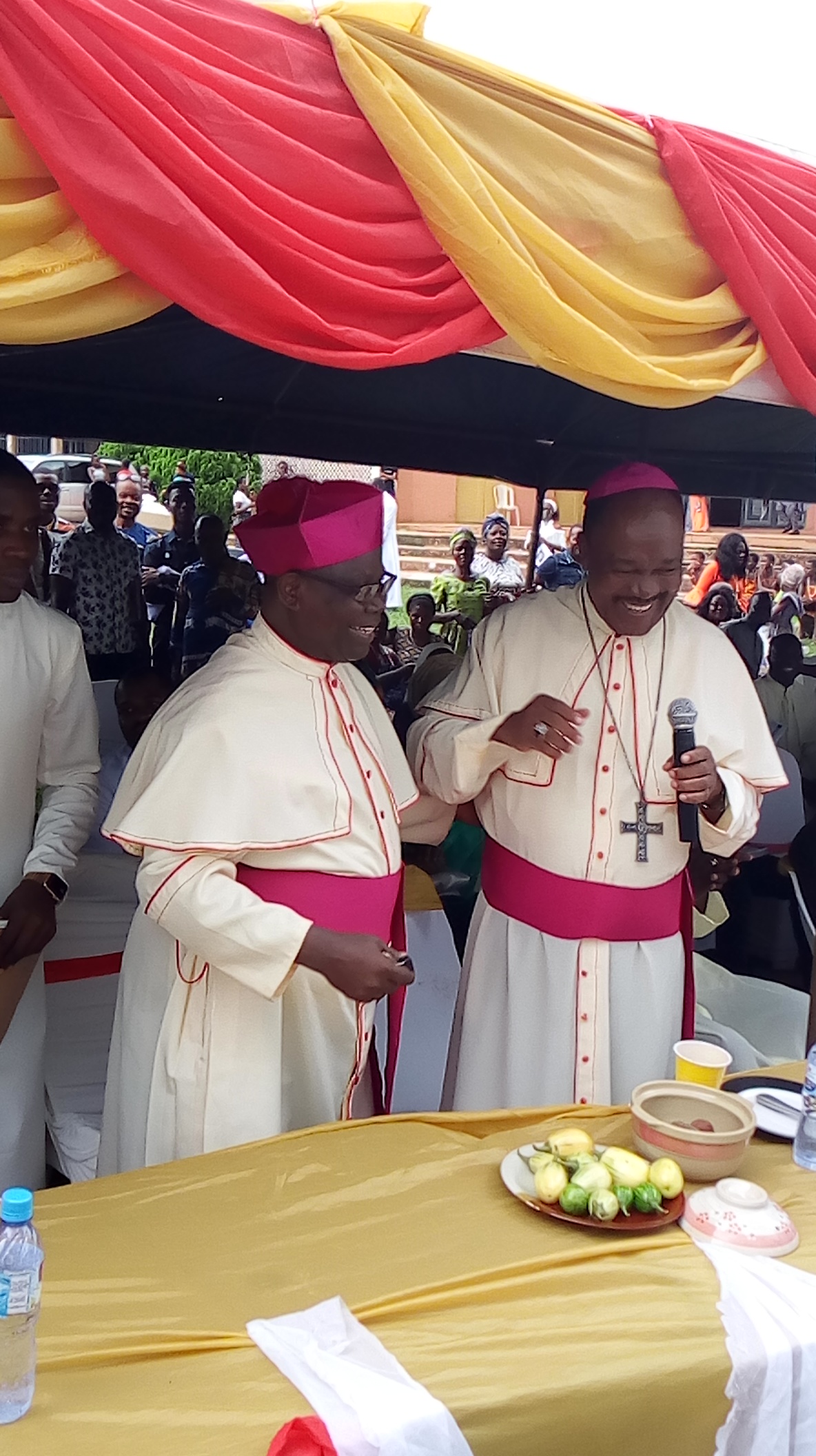 Bishop Elue and Msgr. Mozia enjoying the mood of the celebration 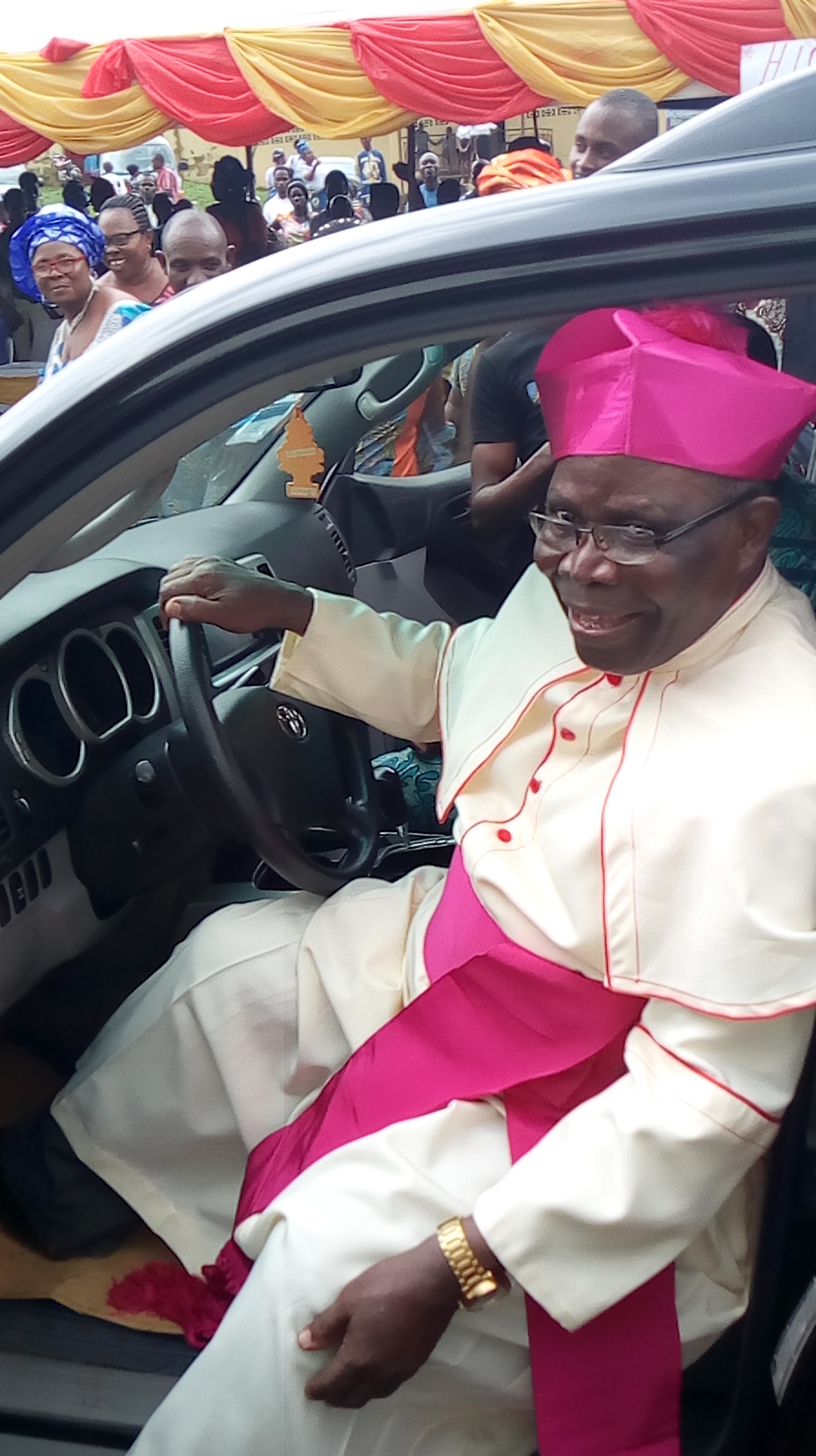 Presentation of gift by the Diocese The Diocese of Issele-Uku gathered at St. Charles Catholic Church Ubulu-Uku to celebrate the 75th Birthday and 45th Priestly Ordination Anniversary of the Vicar General of the Diocese, Rt. Rev. Msgr. Michael Mozia. It was also an opportunity to recognize and honour some of our elderly priest who were already retired from active priestly ministry before now. They include Very Rev. Fr. Prof. Patrick Isichei, Rt. Rev. Msgr. Dennis Arimoku, Rt. Rev. Msgr. Pius Nwaobi and Very Rev. Fr. Anthony Chinakwe.

The Mass was began by the Bishop of the Diocese, Most Rev. Dr. Michael Odogwu Elue at about 11am while Msgr. Mozia continued with the Mass till the end when the Bishop gave the final blessing. Present at the Mass was the Catholic Bishop of Auchi Diocese, Most Rev. Dr. Gabriel Dunia. Also present were the Rector of Ss. Peter and Paul Major Seminary, Bodija Ibadan, Very Rev. Fr. Francis Adesina, a former Acting Rector of the Seminary, Rt. Rev. Msgr. Anthony Olawumi, the Rector of All Saints Major Seminary Uhielle, Very Rev. Fr. Matthew Ihensekhen and the immediate past Rector of the Seminary, Very Rev. Fr. Paul Oredipe. There were also numerous other priests, most of whom were former students of Msgr. Mozia.

Preaching at the Mass, Very Rev. Fr. Dr. Peter Mokwunye extolled the numerous contributions of Msgr. Mozia towards the formation of future. He observed that over 90% of the priests that gathered for the celebration passed through Msgr. Mozia in the Seminary, and this includes the two Bishops at the Mass who represent many other Bishops who passed through him. He also thanked God for the contributions of the other elderly priests who spent their life and youth for the service of God and humanity. He prayed that God may grant those of us who are coming after them the same zeal and strength to even do more.

Highlight of the occasion was the presentation of awards and gifts to the celebrant and the awardees.

Msgr. Michael Ifeanyinachukwu Mozia was the first priest to be ordained in Issele-Uku Diocese in 1973 after its creation from Benin-City the same year. He served in Ss. Peter and Paul Major Seminary, Bodija, Ibadan for about 24 years as the professor of Moral Theology. Upon his return to the Diocese, he was appointed the Vicar General, a position he has occupied for the past 10 years.

Most students who passed through Msgr. Mozia described him as an honest man, highly intelligent and spiritually edified. We wish him more good health and happiness as he proceed to retirement from active priestly ministry.